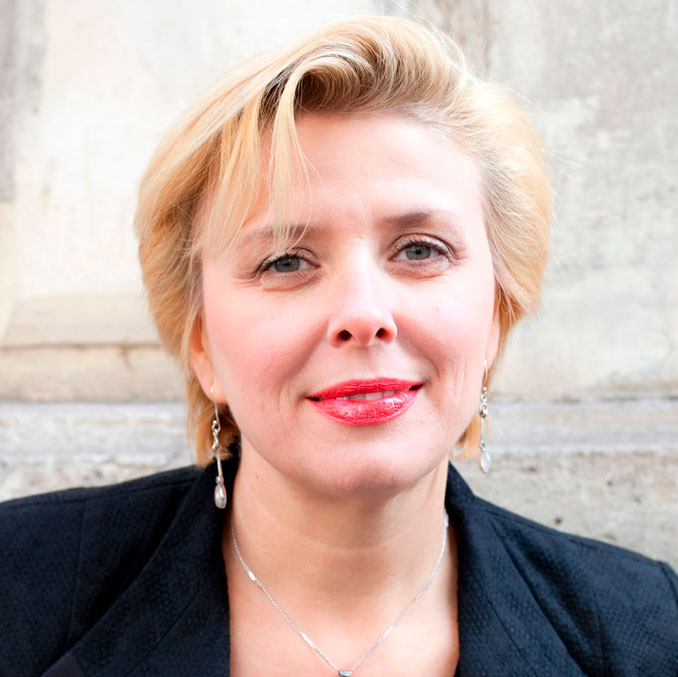 Clara CERNAT, violinist and viola player, is one of the representative artists of the great Romanian violin school.

She lives in France with her husband, composer and pianist Thierry Huillet.

Clara Cernat was a disciple of Stefan Gheorghiu at the Bucharest Music Academy, where she was awarded the highest marks in numerous disciplines. She won several scholarships and she could deepen her art of violin at the Bonn International Music Academy, Germany, winning the diploma of the special program «Europe’s greatest talents» (professor Igor Ozim), then at the Ecole Supérieure de Violon Tibor Varga in Sion, Switzerland (professor Tibor Varga). Clara Cernat’s career took off after winning the 1st Prizes in both J.S. Bach and Città di Andria International Competitions, as well as the Mozart Special Prize and 2nd Prize in the Kloster Schöntal International Competition.

Her recordings for the Romanian Radio entered the Gold Phonotheque.

She is also much sought-after chamber music artist, both as a violinist and as a violist, being particularly recognized as a favorite performer of George Enesco’s music. Together with Thierry Huillet, pianist and her partner in life and on stage, she founded a duet, playing worldwide and unanimously praised by the music lovers, in concert halls and on internet.

Clara Cernat is a senior professor at the Toulouse Conservatoire (France) and often gives violin and viola master classes.