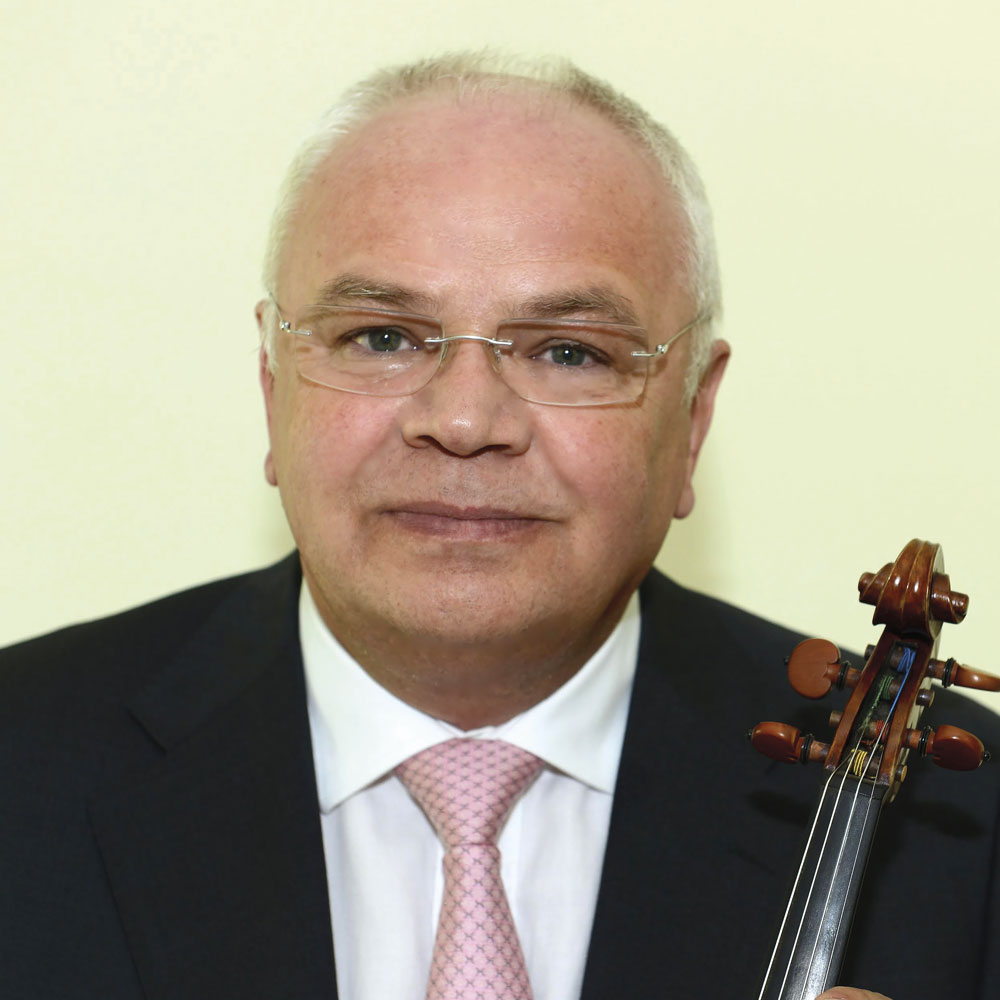 From 1979 — 1982 Mr. Zienkowski was member of the Berlin Philhar- monic and leader of the «Philharmonia Quartett Berlin».

In 1990 he was appointed professor at the Academy of Music in Co- logne.

Concerts all over Europe, the US, Japan and Korea with famous orches-

Since 1992 Mr. Zienkowski is Professor of a concert violin class at the University of Music and Performing Arts in Vienna, jury member of nu- merous international competitions as well as president of the Henryk Wieniawski Music Society in Lublin, where Wieniawski was born.

Edward Zienkowski received numerous honors like the Austrian Ehren- kreuz for Science and Art, Merite Culturel and the «Ehrenkreuz of the Polish «Verdienstordens».