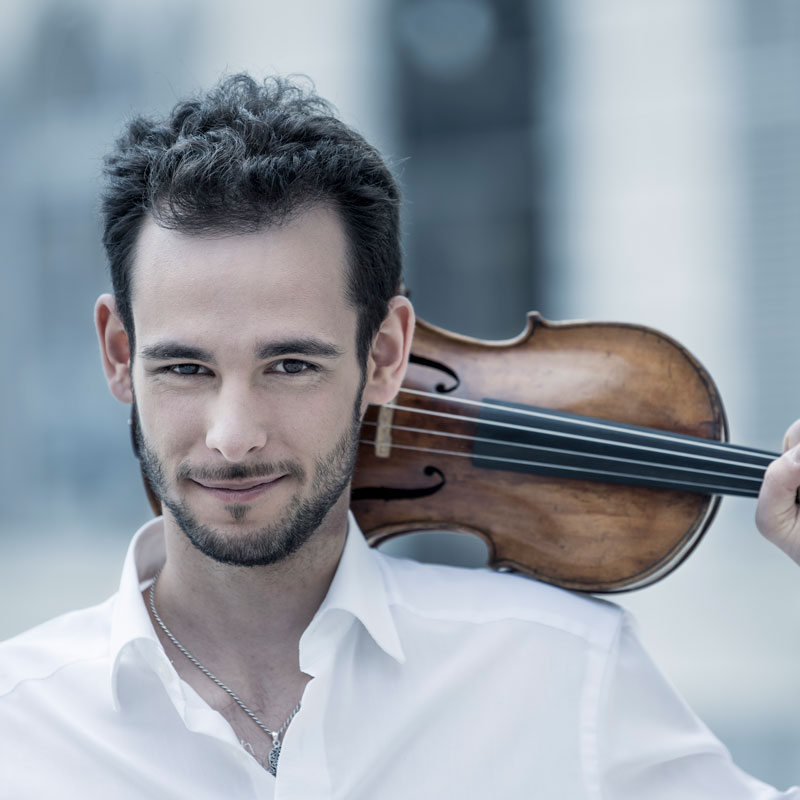 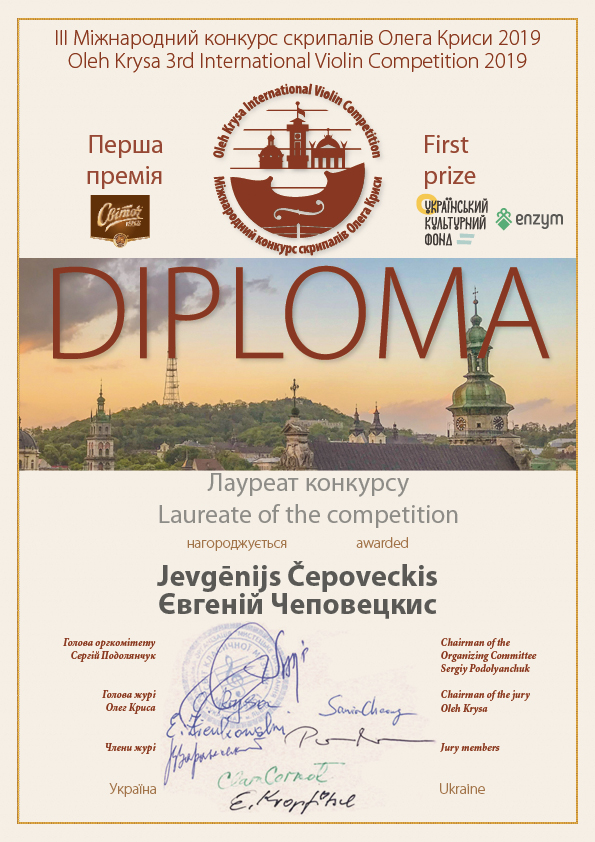 Jevgēnijs Čepoveckis was born in 1995 in Riga (Latvia) and received his first violin lessons at the age of four. From 2008 until 2010 Jevgēnijs studied at the Conservatory of Vienna Private University and since 2010 at the University of Music and Performing Arts in Graz in the class of Prof. Boris Kuschnir, where he has recently completed his Bachelor studies with distinction. As a child he was a prize winner and a winner of many competitions including David Oistrakh Competition in Moscow (2008), Louis Spohr Competition in Weimar (2013) and many others.
2019 he won XXVI Andrea Postacchini International Violin Competition in Fermo, Italy and got the 3rd prize at the Michael Hill International Violin Competition in Auckland, New Zealand. In addition to that he received a special prize for the best interpretation of virtuoso piece and the Audience prize.
Jevgēnijs has also received masterclasses from the likes of Julian Rachlin and the Michaelangelo Quartet, amongst others. As a sought after soloist, he has performed throughout Europe and Russia with various orchestras.

As a composition student of Peteris Vasks, Jevgēnijs won the first prize at the Latvian Competition for Young Composers in 2006. In 2015 he founded the Oberton String Octet, an ensemble with which he performs regularly. The main focus of the ensemble lies in not only performing the great works of octet repertoire, but also less known rarities of the genre. He is also currently concertmaster of the Vienna Jeunesse Orchestra.

In 2018 Jevgēnijs was selected as the Vienna Konzerthaus’s Great Talent young artist in residence.

He performs on a 1645 Nicolo Amati “Ex Christian Ferras” violin, kindly loaned to him by the Rare Violins of New York, in Consortium, which was a prize at the 2019 Michael Hill International Violin Competition.